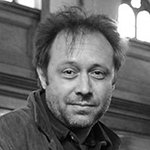 Stephan de Beer grew up in the inner city of Tshwane which instilled in him a passion for urban centers and their potential to be real and sustainable homes for all people. He studied theology but always with a commitment to the urban vulnerable and poor. He did his practical internship in Hillbrow, Johannesburg in 1989 and saw the potential of faith-based organizations to address the challenges of inner city decay.

Stephan spent six months in Chicago in 1992, doing coursework in urban ministry and development, visiting almost forty urban projects, and connecting with faith-based social entrepreneurs in and around Chicago leading a movement of urban transformation. Chicago also influenced Stephan in unexpected ways; interacting with exiled South Africans who revealed a new layer of his home country and a South African experience he never knew. He was also introduced to Leadership Foundations at this time.

Returning to South Africa in 1993 Stephan sensed that urban churches were ready to engage in reviving their parishes. He united six into a charitable trust that became Pretoria Community Ministries and eventually the Tshwane Leadership Foundation, with the knowledge that urban regeneration efforts had to become more radical, holistic, and transformative. His long-term vision is for every vulnerable group to have access to tailored programs that serve their needs for regeneration and enable them to serve others through local institutions.

Today, Stephan is the Executive Director of the Centre for Contextual Ministry at the University of Pretoria where, among other things, focuses on the training of community leaders in South Africa, Africa and beyond, for contextual engagement in their communities. He also provides ongoing leadership for developing and established Local Leadership Foundations throughout the continent of Africa as the Director of LF Africa and an LF Senior Associate.