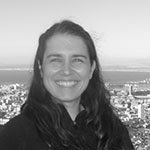 Sara Melchior was born and raised in the Pacific Northwest. She attended Pacific Lutheran University and upon gradation moved to Central Oregon to work at Young Life’s Washington Family Ranch during the first two years it was open to campers. Upon returning to Tacoma, Washington in 2000, she became a staple volunteer with the Northwest Leadership Foundation (NLF) ranging from event support, program consultant, to being an active member and facilitator of NLF’s Roundtable initiative. She was a full time educator in Tacoma Public Schools, working in neighborhood elementary, middle and high schools. Additionally, she was a part of her local church’s youth program mentoring young people through their high school graduation.

In the fall of 2014, Sara became an official part of the Leadership Foundations Central Office as the Network Impact and Development Associate.

Whatever city Sara finds herself in, she enjoys opportunities to work with students in public schools and learning about the current social justice issues. She also enjoys authors, friends and leaders that challenge her theological ideas and thinking.