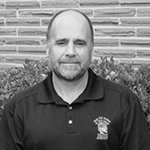 Dr. Lloyd started his urban ministry in Memphis with Young Life in 1975. He teamed up with two partners to begin Neighborhood Christian Centers in 1978. He later went to Fuller Seminary, Pasadena, CA, where he helped develop the School of Theology’s curriculum for urban youth ministry. He worked with Young Life Urban Ministries in northwest Pasadena and trained laity in 10 urban churches to effectively do youth outreach. He also earned his master of divinity and doctor of ministry degrees at Fuller.

In 1997, Dr. Lloyd and local business leaders began the Hope Christian Community Foundation, to help Christian donors become more effective in their stewardship. In 2004 he became the president of Crichton College, a four-year, Christian liberal arts institution in Memphis. He currently serves as a board member of Hope Christian Community Foundation which now manages over $150 million in donor-advised funds from Memphis area philanthropists. Over $200 million has been contributed through Hope to Christian ministry all over the world, with the majority of those funds going to Memphis area churches and ministries.

Dr. Lloyd is an ordained minister in the Evangelical Presbyterian Church and serves on the pastoral staff of Hope Presbyterian in Cordova.